February 26, 2015 By Laura McTighe in Uncategorized Leave a comment

What do we do with our collective histories of violence?

In this photo-essay, Religion and Incarceration co-founder Laura McTighe descends into the bowels of Johannesburg’s notorious Number Four prison, and reflects on on how we remember, what we work to forget, and whether we are willing to be haunted by those histories that are not really past.

Haunted Passages: On Carrying the Past and Envisioning Justice

“It is said that no one truly knows a nation until one has been inside its jails. A nation should not be judged by how it treats its highest citizens, but its lowest ones – and South Africa treated its imprisoned African citizens like animals.” -Nelson Mandela (Photo by Laura McTighe)

“That’s because you live in the United States of Amnesia!” my friend chided as we descended into the bowels of Johannesburg’s notorious Number Four prison. “Indeed,” I laughed in agreement. Back home, I was far more accustomed to the “it wasn’t that bad” approach to our nation’s past, as if whitewashing our collective histories of violence would make them go away. For more than a century, the “Moonlight and Magnolias” myth of life in the antebellum South has dominated our national consciousness. Only one plantation in the United States – Louisiana’s Whitney Plantation – tells the story of slavery from the perspective of the enslaved, and it only just opened on December 8, 2014 after a long, embittered struggle led by local Black residents. Entering Number Four, I was unable to contain my shock at how meticulously the curators of this prison-turned-museum had documented the perversions of apartheid justice perpetrated within the carceral complex.

Number Four is a relic of apartheid governance: even in their confinement, people classified as native, coloured and Asian had to be kept separate from whites. In its heyday, Number Four held some of the most notable leaders of the liberation struggle. But the vast majority of those confined were the hordes of Black people arrested every day under the Pass Laws that controlled their movement in and out of the townships to which they had been forcibly relocated. Today, the hallowed walls and recesses of Number Four are filled with the oral and written testimonies of former political prisoners, creating a painful, if imperfect, archive of life inside.

Ekhulukhuthu (the deep hole) isolation cells extended along the furthest-most wall of Number Four. Each concrete box is fixed in time, stripped of bedding with only a small beam of natural light filtering through the peep hole guards used to spy on those confined. Now, only one cell door remains bolted shut. When I turned to my friend for explanation, his finger was already outstretched: “That cell is haunted.” I nodded slowly, as my gaze refocused on the closed isolation cell door: “I think this whole place is haunted.” 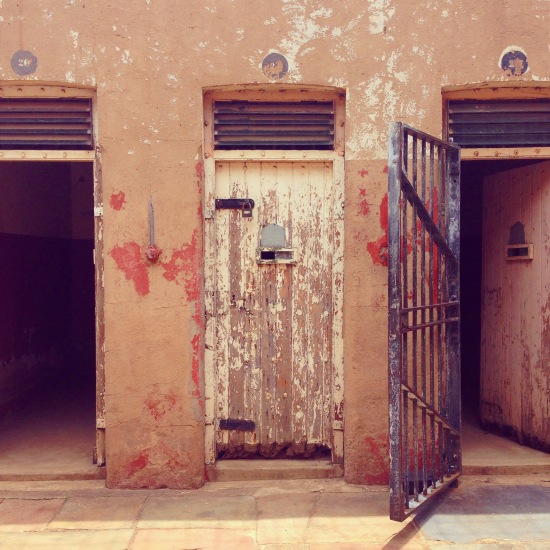 Continue reading at The Revealer….

Laura McTighe is a Ph.D. Candidate in the Department of Religion at Columbia University. Through her dissertation project, “Born In Flames,” she is working with leading Black feminist organizations in Louisiana to explore how reckoning with the richness of southern Black women’s intellectual and organizing traditions will help us to understand (and do) American religious history differently. Laura comes to her doctoral studies through more than seventeen years of direct work to challenge the punitive climate of criminalization in the United States and support communities’ everyday practices of transformation. Currently, she serves on the boards of Women With A Vision, Inc. in New Orleans, Men & Women In Prison Ministries in Chicago and Reconstruction Inc. in Philadelphia. Laura’s writings have been published in Beyond Walls and Cages: Bridging Immigrant Justice and Anti-Prison Organizing in the United States (2012), the International Journal for Law and Psychiatry (2011), Islam and AIDS: Between Scorn, Pity and Justice (2009), and a variety of community publications.